The Fight Against Corruption In International Trade

One of the greatest challenges in the global fight against corruption is the inability to clearly outline the totality of what constitutes and does not constitute corruption. While there have been plausible attempts to substantiate the personality of corruption, the problem largely lies in the fact that corruption means different things to different nations, institutions, organizations, and people.

Though there are certain universally acceptable definitions of what does and does not constitute corruption, the entirety of the elements that constitute trade corruption in the US may not apply in China, India, Nigeria or even in the UK.

The question then is, What is corruption? What activities culminate in corruption?

At what point can one conclude that an individual, a group or an organization have engaged in corrupt practices? How do such practices affect international trade and the global fight against corruption?

Transparency International defines corruption as “the abuse of entrusted power for private gain” In other words, against the popular point of view, corruption does not begin and end with bribery alone.  Abuse of legitimate authority or the deployment of same to influence clearly established procedures and defined courses of action for personal gains is corruption.

On the other hand, bribery is almost an acceptable norm in international trade – especially in the third world countries; a predictable evil and a conniving means of getting regulatory agents to expeditiously perform services that they are statutorily obliged to perform in the first place.

In response to this global scourge, the following laws among many others have been established to stamp-out corruption/bribery-related offenses and punish offenders:

ALSO READ:  Why Cargo Importation into Nigeria Can Go Wrong

Together, these laws seek to stamp out or reduce corruption in business to almost a zero level globally and aim to standardize the following: 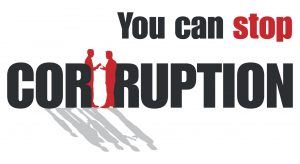 Nick Maxwell (Transparency International:2014) pointed out three major risks that are associated with bribery and corruption – legal, organizational and reputational.

Call it lobbying, tipping, blocking or appreciation (depending on what part of the world you’re operating), if it influences the decision of any party involved in a transaction process – even against established procedures, it is corruption.

Anything that causes a regulatory agent(s) like Customs for instance to commit an error of commission or omission or turns the natural course of events on its head, for gains other than those established by law, is corruption. We must admit that the global campaigns against it have recorded enormous success – especially in the US, UK, and many other advanced nations but the scourge is still very much alive in many developing economies – including Nigeria.

ALSO READ:  Minimize Risk & Optimize Speed of Cargo Traffic In & Out Of Houston

That is why Fortune Global continues to campaign for a corrupt-free business environment, having built her business on the firm foundation of transparency and compliance with the law.