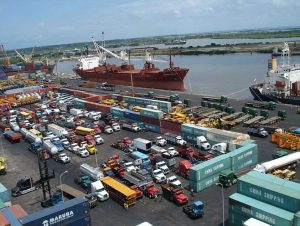 The persistent advocacy of several industry stakeholders for the decongestion of the Apapa Port by the concerned authorities has started to yield positive results. The Nigerian Ports Authority responded to this call with a press statement published on January 24, 2020, with the following resolution to address the Apapa and Tincan Ports congestion:

In a related report published by Vanguard on January 22, 2020, industry heavyweights like Maersk Line and Hull Blyth appear to complement the effort of the NPA by focusing on increasing the activities of the Calabar and Onne Ports. According to the report the Managing Director of Hull Blyth Nigeria Limited, Mr. Christian Holm, said his firm alongside their clients including Marguisa Lines, owners of MN Boreas is committed to exploring ways to open up Calabar Port to shipping trade and more business opportunities

Holm said, “We are excited about the willingness of Marguisa Lines to invest in the port and in new services, and all the new opportunities that open up for trade and development in Calabar and beyond, now that the port is connected with a global container liner service.”

ALSO READ:  The Consequences of Non-Compliance in International Freight Forwarding

The report also captured a statement by Maersk Line which said: “it’s our pleasure to announce that our Far East (China, Vietnam, Malaysia, Singapore service) will no longer be calling Lagos ports, but now comes to Onne directly, giving you a reduced transit time.”

The forgoing is an urgent call to upgrade the Warri, Sapele, Calabar and Port-Harcourt Area ‘one’ Port and the Onne Ports with all the requisite infrastructural requirements for 21st-century ports to further ease vessel and cargo clearance activities.

These moves will not only promote the government’s Ease of Doing Business policy, but they will improve Nigeria’s ranking on the Global Logistics Performance Index, given that service delivery processes will be faster and almost seamless.